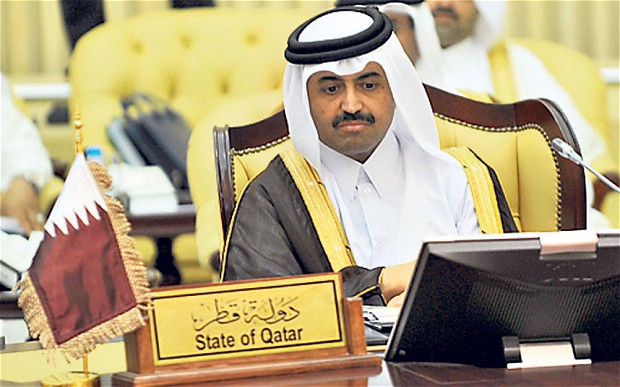 Qatar is considering making further energy investments in the UK and has opened the door for British companies to bid for billions of dollars of work in the oil-rich sheikhdom, the nations energy minister has told The Daily Telegraph. The Gulf state already accounts for 20pc of Britains gas supplies and is keen to maintain its status as Britains biggest supplier of liquefied natural gas (LNG), which arrives on giant tankers at the South Hook terminal near Milford Haven. The UK is an important customer of Qatars LNG and we expect it to remain as such, particularly in light of the large investment we have made, said Mohammed bin Saleh al Sada in an interview. Qatar Petroleum International is always interested in the wholesale selling and transportation of LNG to the UK, and that is Qatars strength as a major LNG producer. Al Sada and his team are currently evaluating the possibility of expanding South Hook to provide electricity to the national grid. As Qatars energy minister, al Sada is ultimately in charge of developing the worlds single largest offshore natural gas field and the supply of energy to major industrial nations such as the UK and Japan. Qatar is certainly interested in various investment opportunities in the UK, particularly in the LNG and petrochemical businesses, he said.